Previous Next
Not Getting Enough Sleep Stifles Positive Emotions 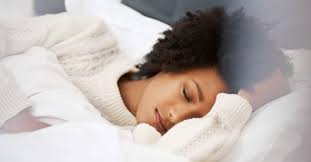 A study investigated the effects of going to bed 2 hours later than normal but getting up at the usual time. It found that people not only became more impulsive and prone to mistakes the following day but also experienced a flattening of normally pleasurable feelings.

Missing out on a good night’s sleep is a well-known cause of cognitive and emotional problems and making people more accident-prone the next day.

Over longer periods, sleep deprivation is associated with worse mental and physical health.

The National Sleep Foundation in the United States recommend that teenagers get 8–10 hours of sleep a night and that adults under 65 years of age get 7–9 hours.

However, almost one-third of adults who responded to the 2012 National Health Interview Survey reported that they slept less than 6 hours a night.

Most research into the cognitive and emotional effects of sleep deprivation involves volunteers spending several nights in the unfamiliar surroundings of a sleep laboratory.

Psychologists in Norway wanted to investigate the effects under more natural circumstances, while people were at home and sleeping in their own beds.

They discovered that less sleep led the participants to feel worse the next day, but not in the sense of feeling down or depressed. Rather, they experienced fewer positive emotions.

“They felt less joy, enthusiasm, attention, and fulfillment,” says Ingvild Saksvik-Lehouillier, associate professor of psychology at the Norwegian University of Science and Technology, who led the research.

The psychologists say that their findings indicate that staying up late on work or school nights could impair people’s ability to manage stress and negative life events.

“We already know that fewer positive emotions have a major impact on mental health,” says Saksvik-Lehouillier. “We also know that poor sleep is included in virtually all mental health diagnoses.”

After getting less sleep than normal, study participants also behaved more impulsively and were more prone to making mistakes on a standard test.

The research features in the journal Sleep. 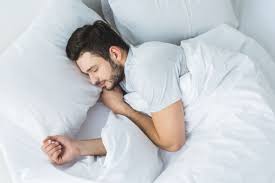 The study tracked 52 healthy adults aged between 18 and 35 years over a period of 11 days.

To monitor sleep, the researchers asked the volunteers to wear motion sensors on their wrists and fill out a “sleep diary” every morning. The diary included questions about what time the person went to bed and got up, how long it took them to fall asleep, and any periods of wakefulness during the night.

After maintaining their normal sleep habits for 7 days, the participants went to bed 2 hours later than usual for the last 3 nights of the study but got up at their regular time.

“In the imposed sleep deprivation phase, participants crawled under their covers 2 hours later than they normally did and had to get up at their usual time,” says Saksvik-Lehouillier.

On the morning of days 1, 4, and 8 during the habitual sleep phase, and days 9 and 11 during the sleep deprivation phase, they performed a test at the lab at about 9 a.m.

The standardized test, called the Conners’ Continuous Performance Test-3, involves pressing the spacebar on a keyboard whenever any letter of the alphabet — apart from the letter “X” — appears at random locations on a screen.

The test is designed to assess an individual’s capacity for sustained attention and vigilance. It lasts 14 minutes, during which time, 360 letters pop up at irregular intervals on the screen.

After the attention test, the participants filled out a standard questionnaire called the Positive and Negative Affect Schedule, which assesses emotional state.

Crucially, the participants were not allowed to consume caffeinated drinks from the time they got out of bed until after they had taken the tests.